An input terminal for sending ascii characters or numbers over redstone wires. To use it, point towards one of its interface blocks and enter the chat command /rctype <data> Once the command is executed, the terminal will send the command data through its outputs.

The first sign argument sets the way the data is encoded.

The chip can be built with an optional clear input pin. When the clear pin is triggered any data left on the chip’s outputs is turned off.

This circuit can be directly connected to a print circuit.

The chip can transmit wirelessly by adding a channel name as the last sign argument. Channel name syntax is #name[:startbit]. In this mode physical output pins are not required. 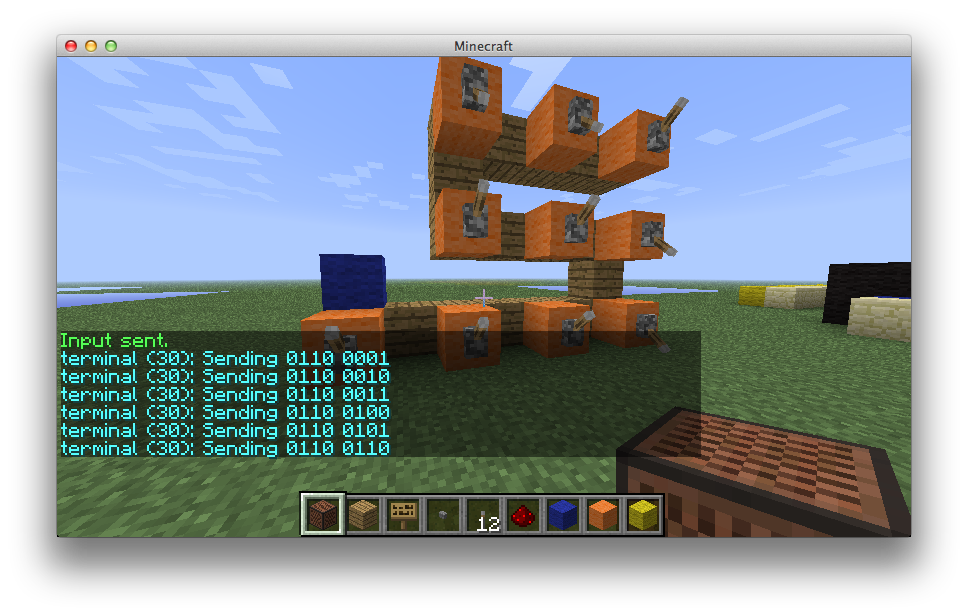